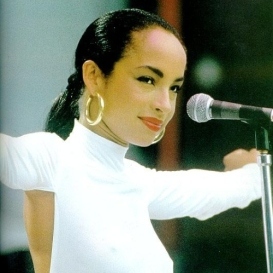 DJ NEW YORK CITY KEN has not received any gifts yet

Tony Royster Jr. is only 24 years old and has been playing drums since the age of 3. Often referred to as a "prodigy" by his fans, he has participated in numerous drummer events and contests worldwide including the 1995 Guitar Center National Drum-Off competition in Hollywood, CA which he won at the ripe old age of 11!

Tony Royster Jr. was voted #1 Up and Coming Drummer by Modern Drummer magazine 2000 readers' poll and has been voted #2 in the UK 2001 readers' poll. He has appeared on the cover of the millennium issue of Modern Drummer magazine with Dennis Chambers and continues to receive high marks that earn him endorsements with companies such as DW Drums, Zildjian Cymbals, Vic Firth sticks, Evans drumheads, LP percussion, Drumframe, Shure microphones, Warner Bros. Publications, HQ percussion products, Drumometer, and Specialty Cases.

Tony's talents have carried him across the globe to Europe, Japan, and Asia but in 2001 he achieved substantial international acclaim with the Warner Brothers video release of, "Common Ground", featuring Tony with his mentor, and favorite drummer, Dennis Chambers.

Most importantly, Tony is a positive role model for all kids. His motto is "Be cool, stay in school" and he sets the standard for personal achievement among his peers.

Tony is becoming accustomed to high-profile performances that include TV's Nickelodeon House Band (lead by Paul Shaffer of the David Letterman show), the Jenny Jones show, the 42nd Annual Grammy Awards show, and an international tour in 2001 as the drummer for #1 selling Asian artist, Hikaru Utada. Additionally, he is regularly invited to perform at prestigious events worldwide such as PASIC (Percussive Arts Society International Convention), Modern Drummer Festival, the Montreal Drumfest, and the Florida Drum Expo.

Proficient in numerous styles, Tony excels at Funk, R&B, Latin, Rock, and Jazz. He has performed alongside such notable drummers as Dennis Chambers, Billy Cobham, Steve Smith, Sheila E., and veteran drummer Chester Thompson. He has also graced the stage with legendary musician's Branford Marsalis, Paul Shaffer, Jimmy Jam and Terry Lewis, among others.
He has played with Imajin, Lazyeye, New Flava, and En Vogue. He performed on the 42nd Annual Grammy Awards show at the age of 15, and an international tour in 2001 backing #1 selling Japanese artist Hikaru Utada as well as performing with Paul Shaffer (of The David Letterman Show) in the Nickelodeon House Band. Right now he's also playing with Francisco Fattoruso, Jay-Z and his own band. He also came out with a new video called Pure Energy on his first solo drummer video explaining everything he learned and his band playing along on some of the tracks.
He is currently on tour with rapper Jay-Z as the band's drummer.

Jay-Z Goes Back To School With College Arena Tour
September 9, 2009


JAY-Z, undeniably one of the most powerful voices in music today, a multiple Grammy Award winner and influencer that has resonated with a generation of music fans, is officially announcing his fall tour. With 21 dates confirmed, the tour will make stops at a mix of college campus arenas and traditional venues across North America starting at Penn State University on October 9th. Tickets go on sale in select markets beginning on September 11th at LiveNation.com.

Prior to the tour kickoff, JAY-Z will hold a charity concert at New York's legendary Madison Square Garden on Friday, September 11th in support of the New York Police & Fire Widows and Children's Benefit Fund. For this live event, 100% of the proceeds from tickets sales and concert merchandise will go directly to the charity. For more information please visit www.answerthecall.org.

JAY-Z's highly anticipated new album, The Blueprint 3, will be released on September 11th. The fall tour is the follow-up to the historic "Mary J. Blige & Jay-Z: Heart of the City" tour where they performed for more than 600,000 fans and received rave reviews at every stop. The 28 date trek grossed more than $35 million.

Beginning September 4th, fan club members will have an opportunity to buy pre-sale tickets for select cities. A pre-sale for CITI card holders in select cities will begin on September 8th through CITI's Private Pass program, for complete details visit www.citiprivatepass.com. Tickets are available to the general public in select markets beginning September 11th at www.LiveNation.com. The North American tour is being produced by Live Nation. For additional ticket and tour information please visit LiveNation.com. Jay-Z Fan Club information is available at http://jayz.tickets.musictoday.com. Additional dates to be announced soon.

Hidden Beach Recordings Presents: UNWRAPPED™
VOL. 6
Give The Drummer Some!
Featuring Tony Royster Jr.
Hidden BeacH RecoRdings is back with UNWRAPPED™ VOL. 6: GIVE THE DRUMMER SOME!
The acclaimed “UNWRAPPED” series continues its legacy and returns after
last years blazing Vol. 5.0 release produced by colliPark studios with the announcement
of the new release of Vol. 6 to be produced by its latest partnership with drummer
extraordinaire—Tony Royster Jr. Tony is just 24 years old and already plays like
someone twice his age! Starting at the age of 3, his prodigious talent helped him
become proficient in the styles of Jazz, Rock, Latin, and Funk. He has already had the
opportunity to share the stage with such notable drummers as Dennis Chambers, Billy
Cobham, and Frank Briggs, currently touring with Jay Z and has played with prestigious
artists such as P. Diddy, T.I., Jay Holiday, and en Vogue.
Vol. 6 continues the UNWRAPPED legacy of yet another jazzy, hit-packed collection
of the best known hip hop, rap and R&B hits made popular by Lil Wayne, Soulja Boy,
T.I., Jamie Foxx, Beyoncé, and many more!
VOL. 6, features 10 smash hits UNWRAPPED, including “Lollipop” which alone
fueled over 3.0 mil. albums for Lil Wayne, and is one of four #1 hit singles to include
“Best I Ever Had” – Drake, “Blame It” – Jamie Foxx and “Live Your Life” – T.I.
The Vol. 6 collection of hits yielded tens of millions of sales and over 280 million views
from YouTube and over 8 million Facebook followers alone! These songs are popular—
appealing to a broad range of consumers both young and old.

BEASLE LIVE AT THE KODAK THEATRE

Sidnei Piedade said…
Hello, if possible I would like to be your friend .. add me because I'm not getting you add .. hug, Sydney Pitywww.sidneipiedade.prosaeverso.net

You need to be a member of _ to add comments!